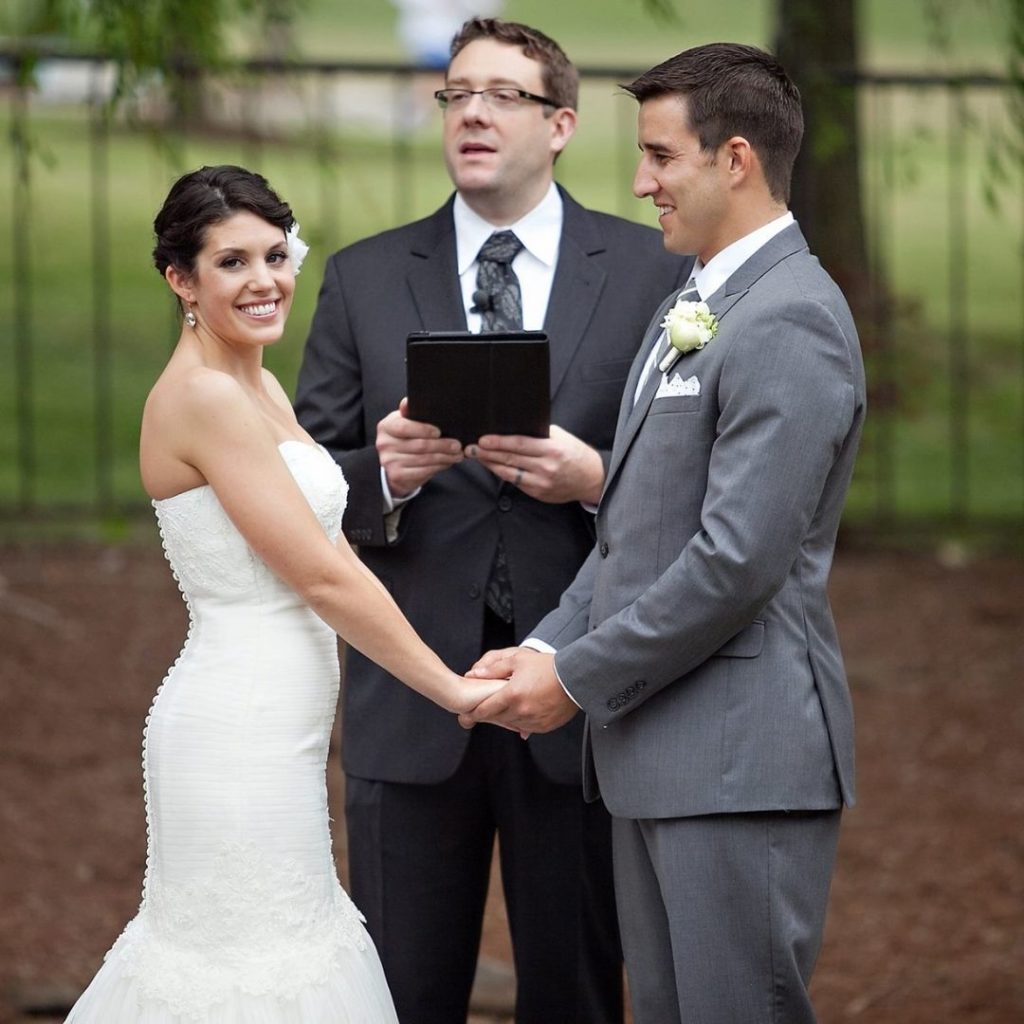 Get Wed By Ed

Edward Wilson is an ordained non-denominational minister with over 10 years of presentation and public speaking experience as a corporate trainer. Ed’s interest in performing wedding and commitment ceremonies came from his experience selecting the officiant for his own wedding. What he assumed would be a relatively simple process turned out to be quite difficult and caused a fair amount of stress. There was the hurdle of finding an officiant that was comfortable performing a ceremony in a non-traditional setting. Fortunately, after many unreturned phone calls (and more time than he would have liked), Ed found someone to marry him and Gayle in the way they envisioned. After many months of reflection on that wonderful and special day, Ed decided to take his honed skills and use them to make it easier for other folks who were searching for someone to perform unusual or custom weddings and commitment ceremonies.

Member since 7 years ago
View Profile