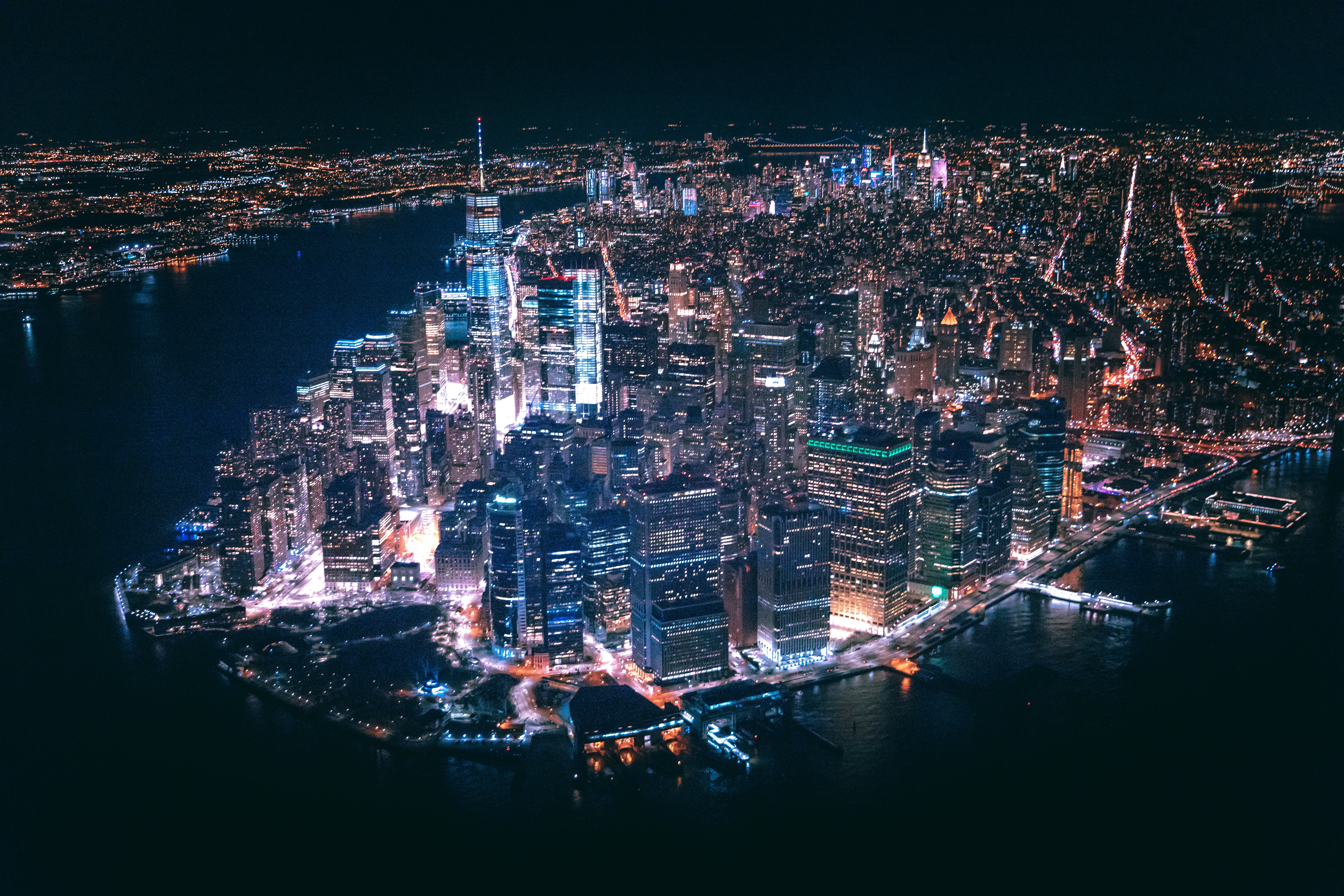 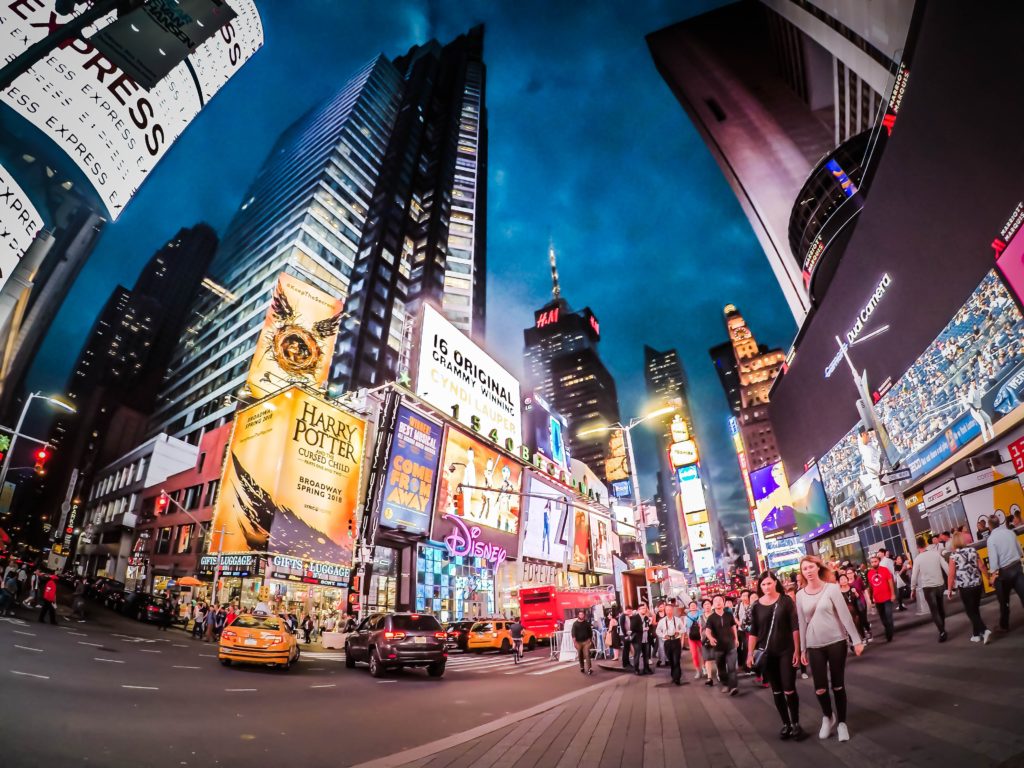 New York City is one of the world’s most well-known destinations. A honeymoon in New York is sure to be one full of energy only the Big Apple can provide. Your NYC honeymoon will offer endless opportunities for unique experiences from museums, to astounding skyscraper views, to delicious food options and more.

NYC is one of the most unique places on Earth and a honeymoon destination unlike any other. Though it won’t be a “sit by the pool and relax” kind of trip, you’re sure to have all sorts of experiences in NYC—always memorable.

All About the Geography of New York City

New York City is located in New York state on the east coast of the United States. It consists of five boroughs: Manhattan, Bronx, Queens, Brooklyn and Staten Island. NYC, nicknamed “The Big Apple,” truly encompasses all five areas. However, some people only think about the island of Manhattan when they think of “New York City.”

Nearby locations include Long Island (Brooklyn and Queens are on the landmass that is Long Island), Westchester and northern New Jersey.

The East River runs north and south next to Manhattan island. The Hudson River is to the west between Manhattan and New Jersey on the opposite shore. NYC isn’t very hilly—it’s a mostly flat area that’s very accessible via public transportation.

Most tourists who visit the city are going to Manhattan and Brooklyn, followed by Queens and the Bronx in popularity. 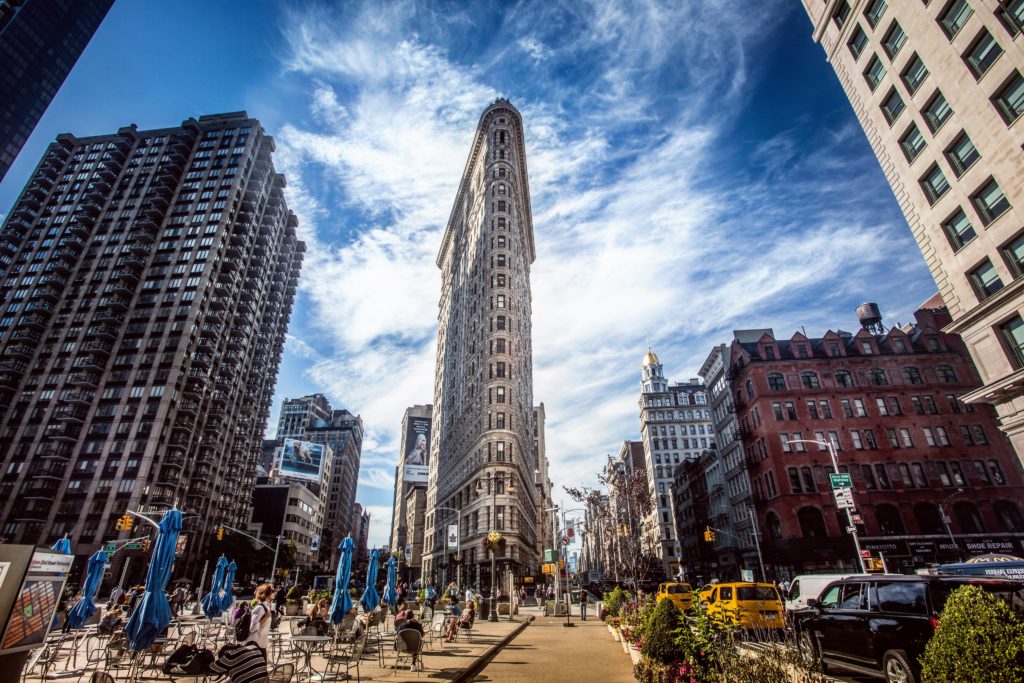 Streetview of the Flatiron Building

Language and Currency in NYC

Currency is the US dollar, and credit cards are widely accepted all over New York City. However, you’ll need cash in some places, and luckily, there are ATMs and banks all over the city. Even if you don’t travel with cash, you’re never too far from a bank machine to withdraw some if you need it for your next NYC honeymoon activity.

New York City is in the Eastern Standard Time Zone (EST). If it’s noon in New York during your honeymoon, it’s 9 am on the west coast in Los Angeles, and it’s 11 am in Chicago, Illinois.

New York City has a robust LGBTQ+ community. A huge Pride Parade is held annually in June, with celebrations spanning the entire month. There are countless LGBTQ+ clubs and bars in NYC and some LGBTQ+ community centers as well. Members of the LGBTQ+ community can expect to feel at ease and welcomed on their NYC honeymoon. 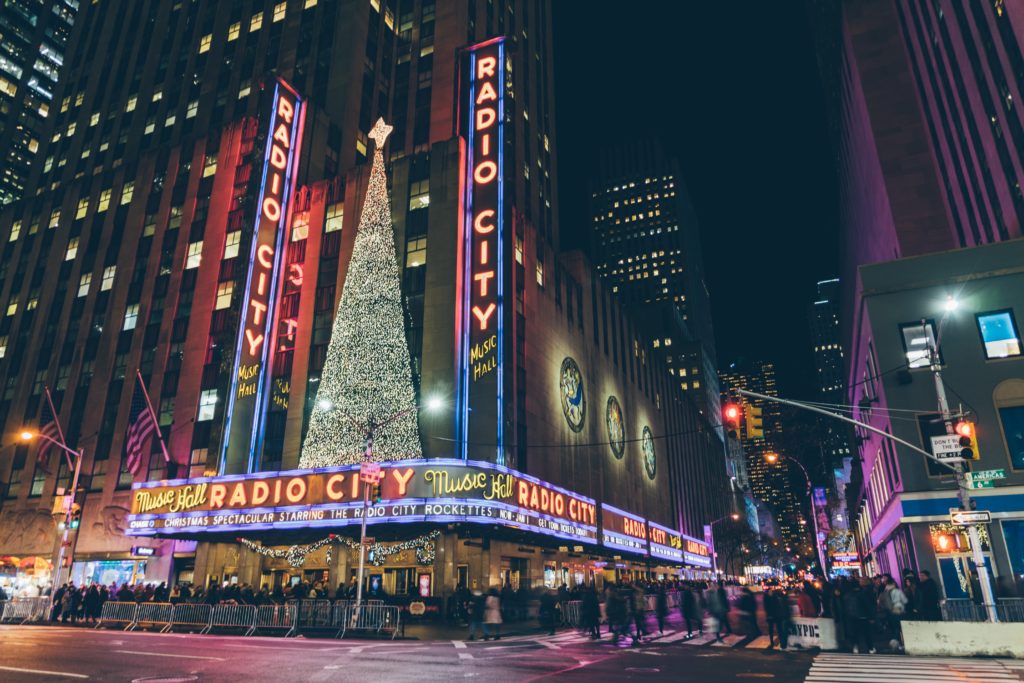 Weather and Best Time to Visit

New York City experiences four seasons. Its summers are hot with temperatures reaching the 90-degree mark, and winters are cold with below-freezing temperatures that can sometimes bring on snow and sleet.

However, each season brings the opportunity to experience different things. The best time to visit is truly up to your preferences and availability. However, peak times to avoid are Thanksgiving and Christmas. Hotel rates can be inflated due to an influx of tourists wanting to visit NYC for special traditions. Many travelers during this time want to take in the Macy’s Thanksgiving Day Parade, the Radio City Rockettes holiday show, and the holiday window displays on Fifth Avenue.

In the winter, you can enjoy a romantic afternoon of ice skating at Rockefeller Center. Fall brings beautiful colors along the Hudson River and incredible views from The Cloisters in upper Manhattan. Spring brings new growth—Central Park is exceptionally breathtaking during this time. Summer is a wonderful time to enjoy sidewalk dining in the city. 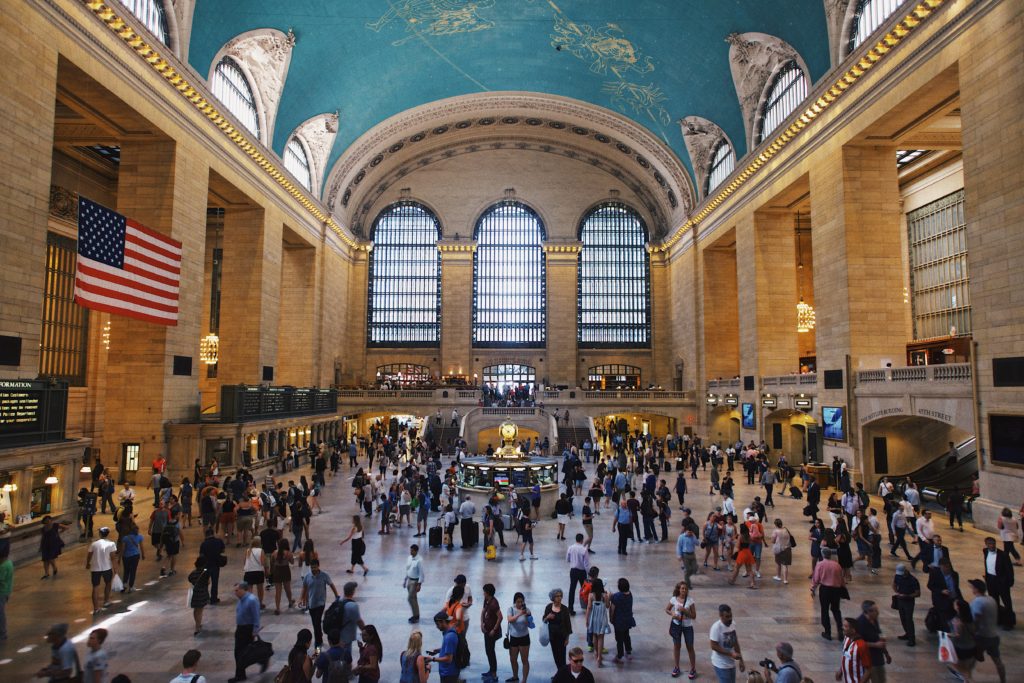 Getting to and Around on Your NYC Honeymoon

There are various ways to get to New York City. It is easy to arrive via car or train, depending on where you live. Consider parking, though, if you drive on your honeymoon. It’s sometimes challenging to find affordable parking in NYC depending on exactly where you’re staying, especially for an extended period beyond one overnight or 12-24 hours.

Once you’re in Manhattan, there are many ways to navigate your way around the city. After you purchase a MetroCard, you’ll be able to use the extensive bus system and subway network. There are multiple vehicle options to get around New York, including taxi, Uber, Lyft and Via. Alternatively, you can find a Zip Car to rent. However, this is only advisable if you’ll be making day trips that are inaccessible by public transportation.

A bike-share program allows people to rent bikes at multiple locations throughout all the boroughs and take a bike ride across town. And of course, there’s always the option to walk if time and distance allow. 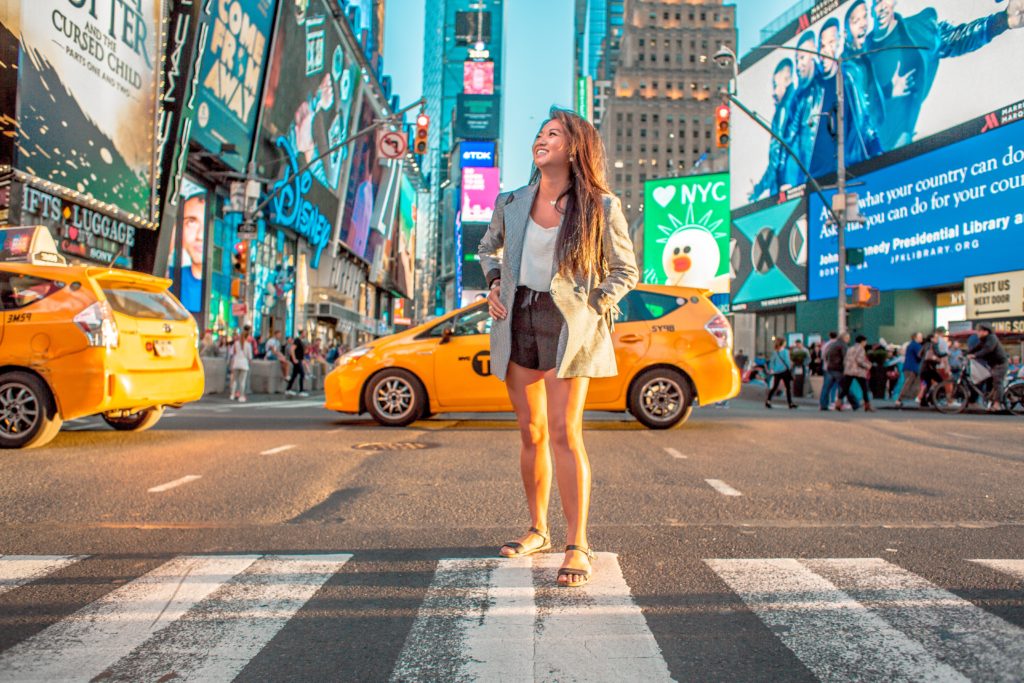 Needless to say, NYC is a major city. That makes it incredibly easy to fly to, from anywhere in the world. There are several New York City airports you can arrive at to start your NYC honeymoon.

Here are sample flights from three major cities in the United States during the second week of September: 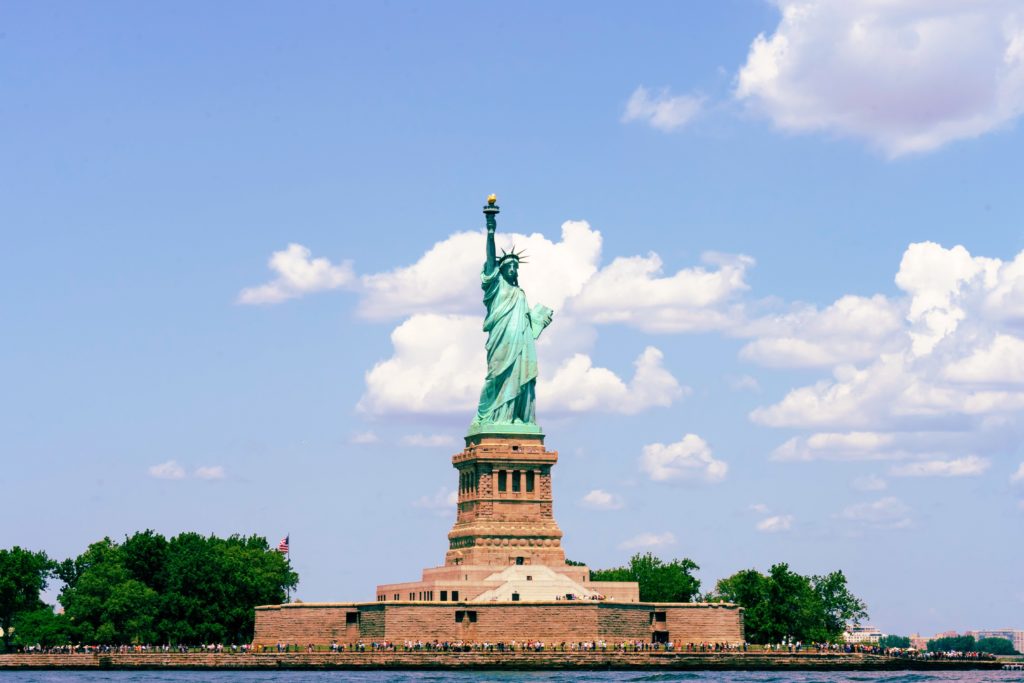 New York City is in the United States; no special entry is required if you’re a US citizen. All you need to fly to the area is a valid photo ID (such as a driver’s license). You don’t need any special vaccinations.

NYC is currently operating at reduced capacity for things like restaurants and attractions. Masks are required in some places as well, like theaters and while riding the subway. 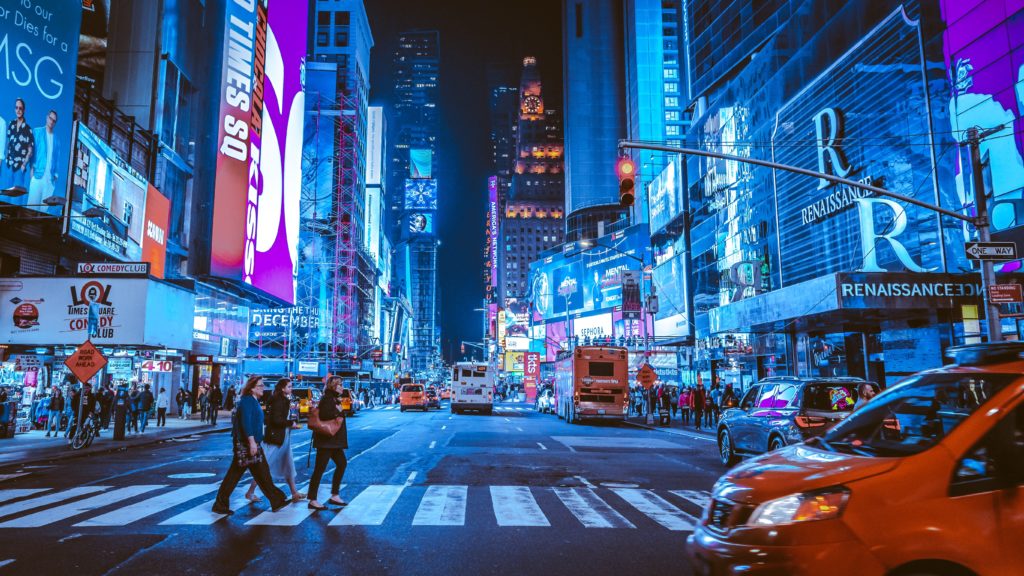 Things to Do in the Big Apple

They say NYC is the city that never sleeps. And that’s entirely true: no matter the time of day or season, there’s an abundance of things to do and explore in New York City.

Expand your Knowledge at Museums

NYC has world-class museums, including the Museum of Modern Art, The Guggenheim, Metropolitan Museum of Art, the Museum of Natural History, the Brooklyn Museum, the Museum of the Moving Image in Queens, the Tenement Museum downtown, and The Morgan Library and Museum, to name just a few. 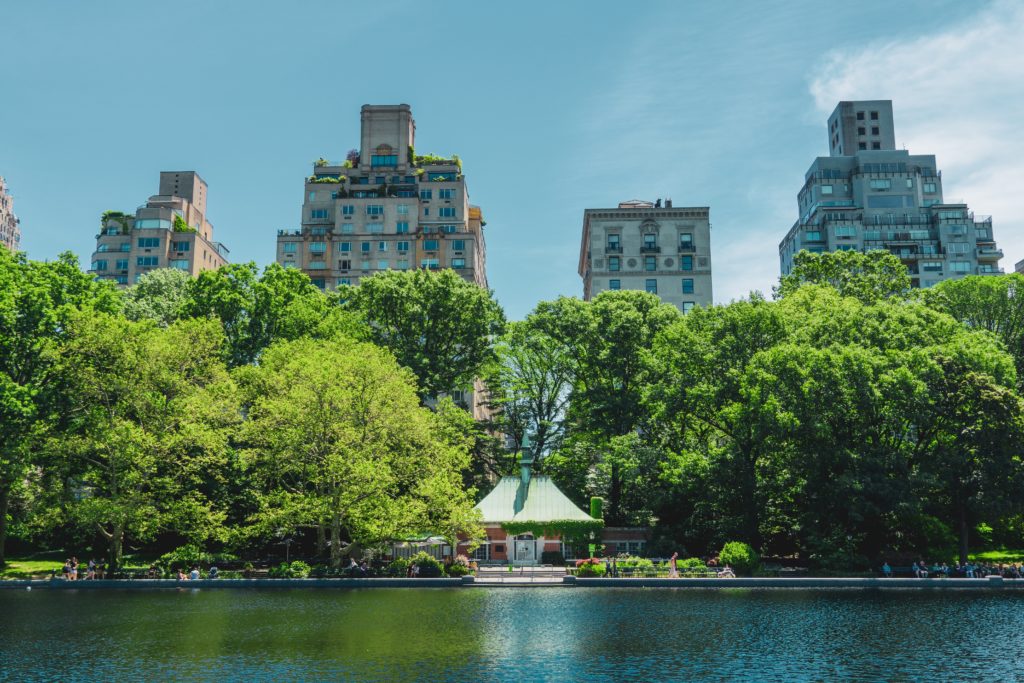 New Yorkers live for moments in parks with grass and trees since they’re somewhat scarce in their day-to-day lives. The good news is there are plenty to visit and enjoy for residents and visitors alike.

Endless opportunities exist for you and your spouse to have great food all over NYC. Everything you could want is covered by NYC’s eclectic offerings, from fancy restaurants to street corner vendors and breakfast to late-night snacks. 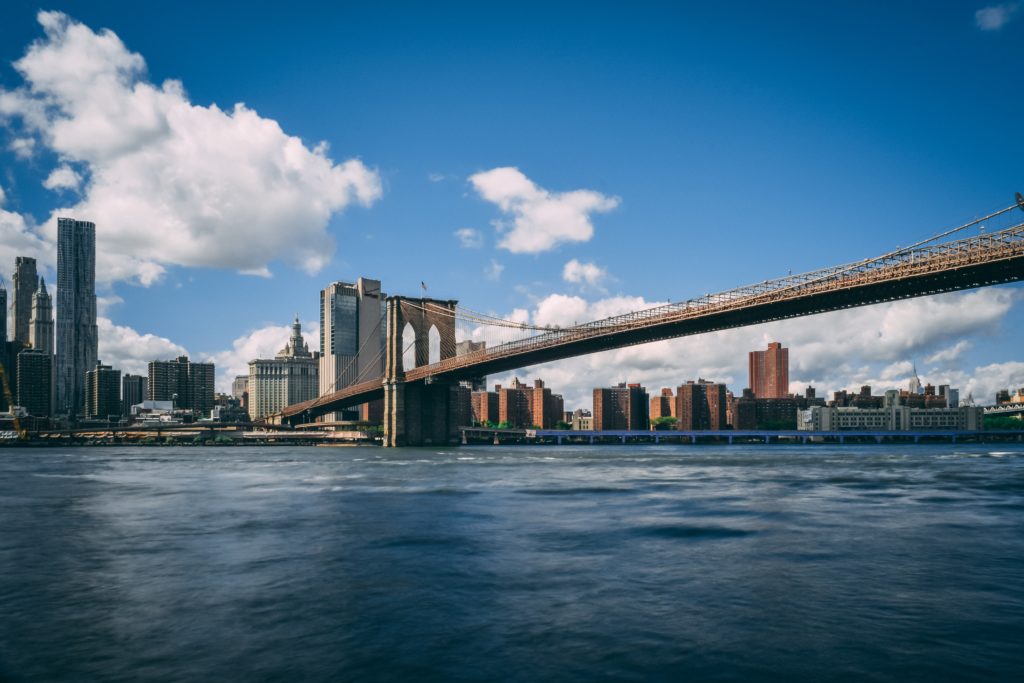 The Bronx Zoo is a wonderful attraction if you love animals. It’s hard to believe the 265-acre property is in New York City and is home to over 8,000 animals! (If you can’t make it to the Bronx, Central Park has a zoo too, though on a minute scale compared to the Bronx Zoo.)

A Broadway show is a must in NYC. Head to the Times Square area to experience all the splendor of NYC’s billboards illuminating the area before or after your Broadway ticket call time; the theater is likely nearby.

Reserve a couple of hours to walk the Brooklyn Bridge if the weather is nice. It has a pedestrian pathway and connects lower Manhattan to the borough eastward. Allot time to walk around Brooklyn once you get to the other side. If you don’t want to walk back, you can opt to take the subway or a taxi to your next destination.

Visit landmarks, including Ellis Island and the Statue of Liberty, especially if you’re a history buff! This historical point of entry into the United States, especially in use during the 19th century, may even have deep significance to your family. Sign up for a tour and continue your day by visiting the Statue of Liberty (a monumental gift from France to the entire country in 1886). Reserve tickets ahead of time.

Also, be sure to book tickets to go to the top of the Empire State Building in advance. Admire a truly amazing view of the New York City skyline from 102 floors above street level. 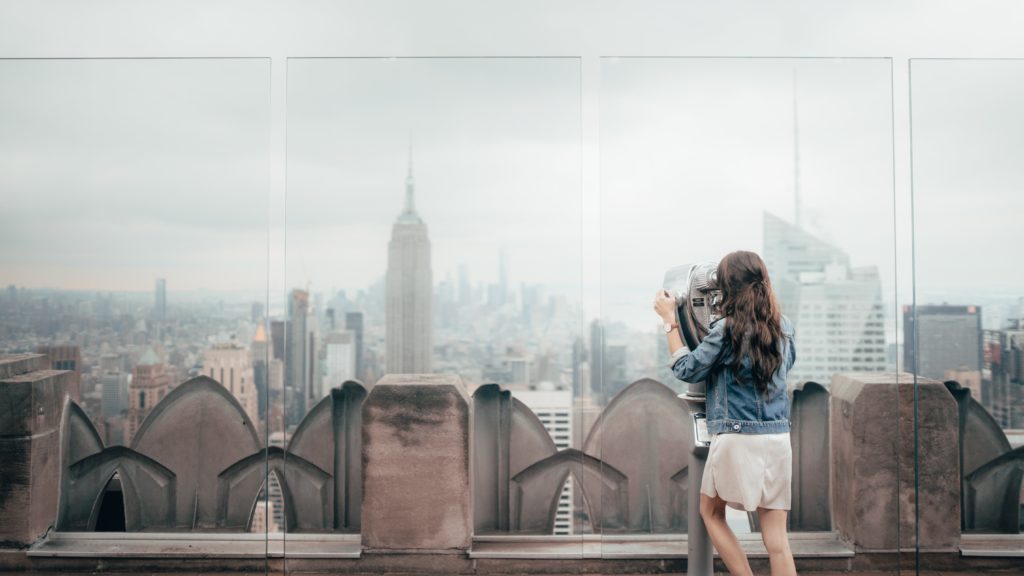 Where to Stay in NYC

There are thousands of hotels and rental properties in New York City. None of them is necessarily the best—it all depends on your preferences.

We recommend deciding your trip dates before seeking your perfect accommodations. Some hotels may have limited availability at certain times of the year. Next, consider a few areas you’d like to be in, whether based on the neighborhood or proximity to public transportation. Then consider your budget, including a nightly rate plus any fees and taxes.

Not only can you stay in some fantastic hotels in New York, but you can find romantic accommodations within quaint neighborhoods. Try Airbnb, VRBO, or Homes & Villas by Marriott International.

If you’re interested in looking up some notable hotels, research The Plaza on Central Park South, The St. Regis in Midtown East, the Standard on the High Line, the Gramercy Park Hotel in the neighborhood of the same name, or the Bowery Hotel in the East Village. 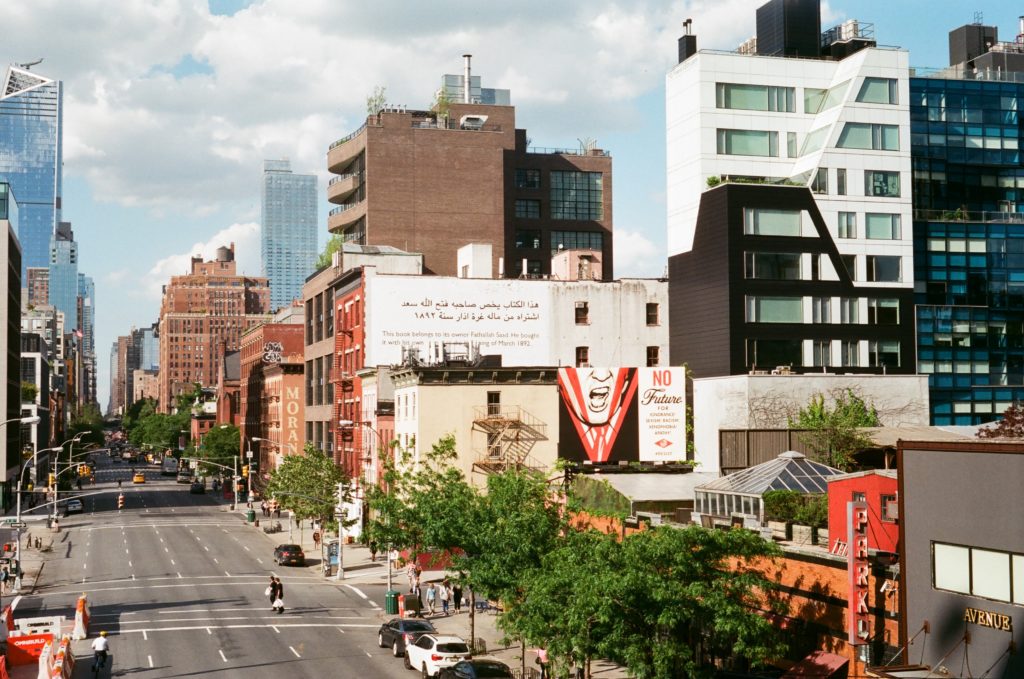