Experience an Adventurer’s Oasis on a New Zealand Honeymoon

A New Zealand Honeymoon is an Adventurer’s Dream

New Zealand, the island country in the southwestern Pacific Ocean, is a nature lover’s oasis, an adventurer’s dream, and an all-around great honeymoon destination for the trip of a lifetime.

The water between the north and south islands is named Cook Strait, and the country, overall, is surrounded by the South Pacific Ocean and Tasman Sea.

There are many windy roads in New Zealand. If you rent a car it’s important to beware of this, additionally that they drive on the left side of the road. Additionally, the South Island is quite mountainous. 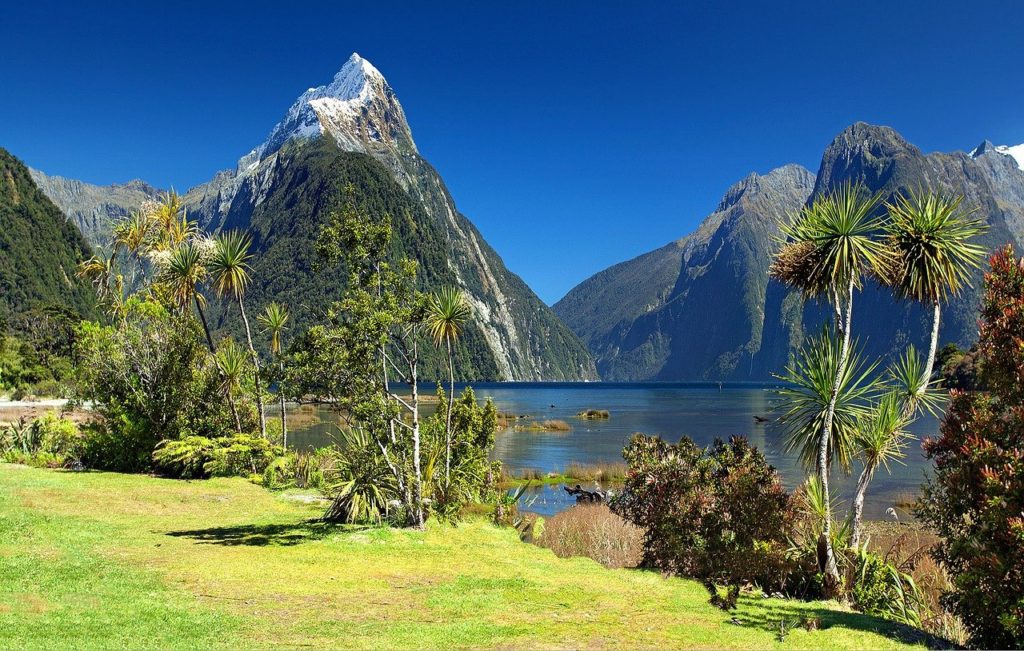 Currency Needs for your Honeymoon in New Zealand

The currency you’ll need for your honeymoon trip to New Zealand is the dollar, but it’s a New Zealand dollar, not a U.S. dollar. One U.S. dollar is equivalent to about $1.40 in New Zealand. However, most places accept major credit cards, Visa and Mastercard being most widely accepted.

New Zealand is one of the most progressive countries same-sex couples and members of the LGBTQ+ community can choose for their honeymoon.

It’s been legal for gay couples to marry and adopt children there since 2013. Transgender and gay people openly serve in the military and in government. Auckland, especially, has a strong gay community and holds a big Pride parade each year.

The indigenous culture and people of New Zealand are the Māori. While most people speak English, the country actually has three official languages, and Māori’s language, or te reo, is the second. (The third is New Zealand sign language.) A lot of cities in New Zealand are named with Māori words.

Be sure to look into Māori experiences when you’re in New Zealand for your honeymoon.

The nation has been very strict about getting their COVID-19 numbers under control. New Zealand’s travel borders are currently closed to all non-residents and non-citizens. Residents or citizens returning to New Zealand from outside the country must quarantine for 14 days upon return.

If you are planning your New Zealand honeymoon steer clear of any potential pandemic obstacles and plan your trip for when the pandemic is under control, worldwide.

It isn’t hard to obtain an NZeTA visa (New Zealand Electronic Travel Authority) for your honeymoon but you need to allow up to 72 hours for processing, as per their website, even though it may take minutes to go through. You can do so online; the visa costs less than $10 USD.

You must travel in and out of the Auckland Airport with this visa.

In terms of vaccinations, you’ll only need routine treatments for your New Zealand honeymoon. This includes the Measles, Chickenpox and Polio vaccines, and potentially Hepatitis A and B vaccines. Simply consult your doctor before traveling.

Honeymoon in New Zealand During Peak or Non-Peak Times

New Zealand is in the southern hemisphere, which means they experience opposite seasons. Summer in the United States means it’s winter in New Zealand.

As many of the wonderful activities to enjoy in this adventure capital are outdoors, including its national parks, wineries, and mountains, the best time to visit is during American fall and winter, which is the New Zealand spring and summer.

Flying to New Zealand for your Honeymoon

New Zealand is far away from the United States, thus flying there entails multiple flights and many hours. It takes almost a full day (if not more, depending on the New Zealand honeymoon flights you book) to get there. And flights can be a significant part of a honeymoon budget. (Read until the end of this post to register for your Honeyfund registry to help pay for it all.)

The main airport, or gateway to New Zealand, is Auckland Airport (code AKL), though there are many airports in the country. You must, however, travel through Auckland Airport for the visa Americans need to visit the country.
Here are three sample flight paths from major United States cities during fall in the United States (summer in New Zealand):

How to Spend a Honeymoon in New Zealand, on Either Island

New Zealand is known for being an adventure capital of the world. The perfect New Zealand honeymoon may include a mix of some activities for an adrenaline junkie but activities in the city too.

The North has more of a balance of options between urban and rural, whereas the south offers more suburban and rural nature activities.

There is primarily nature to explore on the South Island, with mountains scenery, fjords and lakes.

Here’s some amazing ways to spend your time outdoors in the south during your New Zealand honeymoon:

Where to Stay for your Honeymoon in New Zealand

Where to stay for your New Zealand honeymoon largely depends on where you want to go. Hotels are available, all over the country. Generally, Air BnB is a good option to look into for something other than hotels or honeymoon resorts.

Camping is also plausible all over most of the country, outside the urban areas.

Here are a few notable New Zealand honeymoon-worthy hotels in the country: 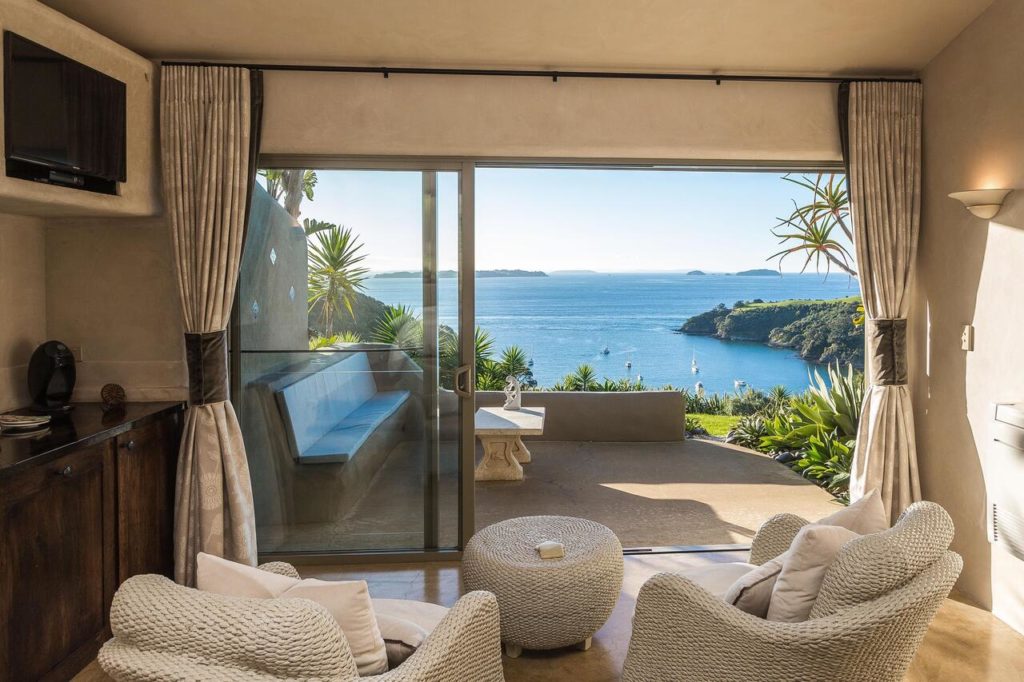