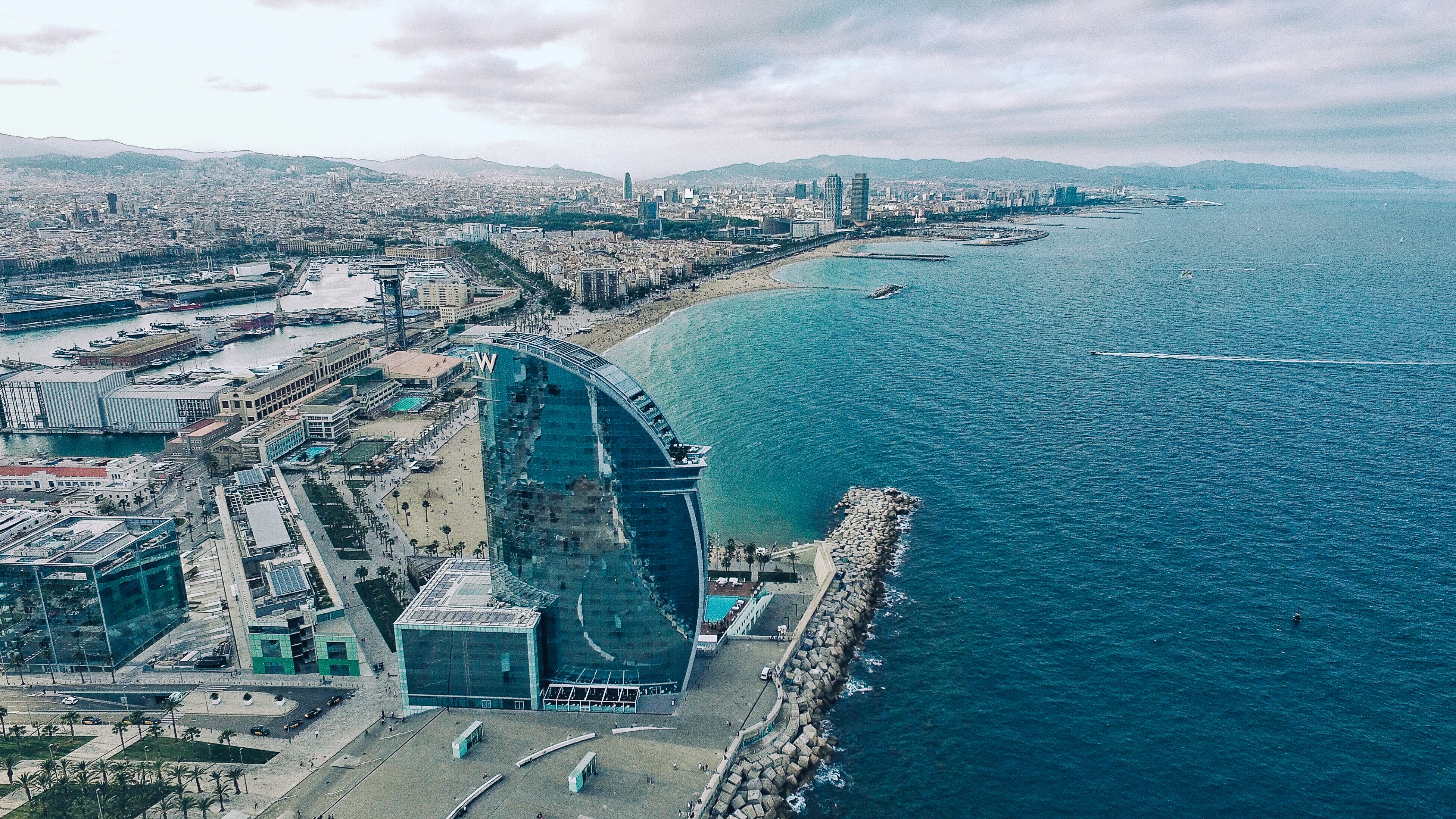 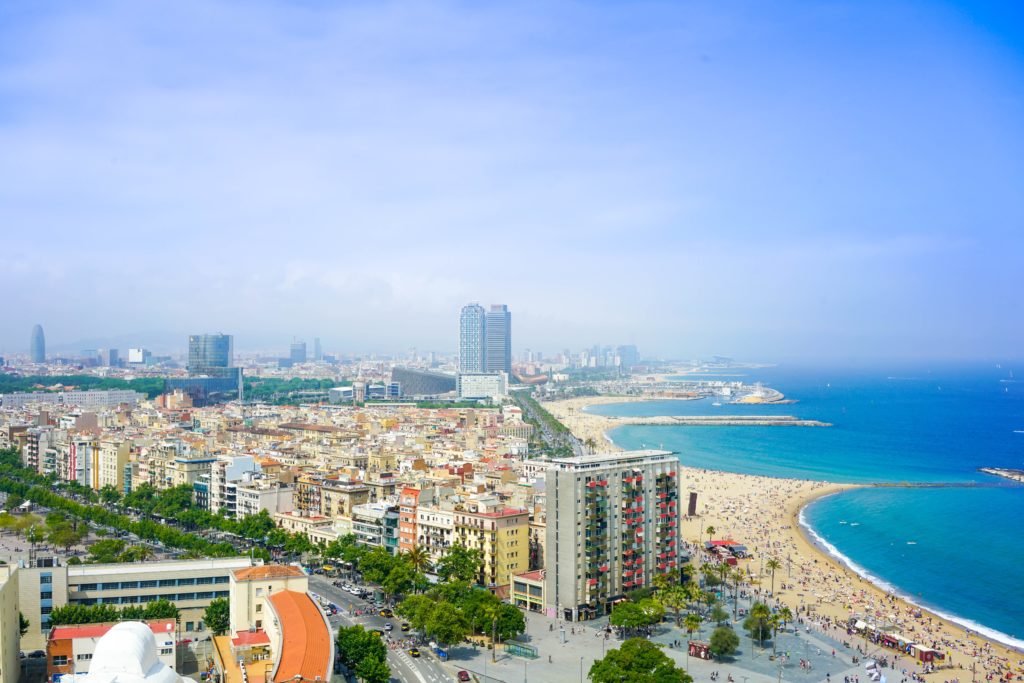 Barcelona is an attractive option for honeymooners who want to visit Europe. It’s a town close to the Mediterranean, easy to get to, and has wonderful food, history and sites to visit. It’s one of those places that you’ll want to visit again and again, and with so many things to do there you just might!

Geographical information you need to know for a Honeymoon in Barcelona

Barcelona is in the northeastern part of Spain, and is a coastal city sprawling inland. It’s only about 125 miles from France’s southern border. It’s a popular cruise port and destination in Europe, with incredible architecture, fantastic museums, dining options and cuisine.

It’s a part of the Catalonia region of the country which includes four provinces: Barcelona, Girona, Lleida and Tarragona. It’s been called the “Cosmopolitan capital” of Catalonia.

Spain’s neighboring countries are France and Portugal, and it is surrounded by an impressive amount of coastline for a nation that’s not an island or peninsula.

Barcelona is on Central European Time and observes Daylight Savings. They’re six hours ahead of the east coast and nine hours ahead of the west coast. If it’s 9:00am in Los Angeles, and 12:00pm in New York, it’s 6:00pm in Barcelona.

Spain is part of the European Union and their currency is the Euro. Major credit cards are accepted everywhere, though.

LGBTQ+ Considerations for a Barcelona Honeymoon

Spain legalized same-sex marriage in 2005 and discriminating against people because of their sexuality is illegal. They’re welcoming to the LGBTQ+ community and have many gay bars to enjoy, for example.

They also host a Barcelona Pride parade every summer. An area of Barcelona to particularly check out is Eixample, which is sometimes affectionately called, “Gayxample.”

We are not recommending travel to Spain during the height of COVID-19. Planning a Barcelona honeymoon for the future, perhaps in 2022 and beyond, is advisable.

The Spanish government is not allowing anyone in or out of Catalonia, and there are curfew and business operating hour restrictions in place. For instance, no one is allowed in the streets between 10:00pm and 6:00am, and bars open from 1:00pm to 3:30pm for lunch but not at night.

Disobeying the government’s regulations can result in penalties. 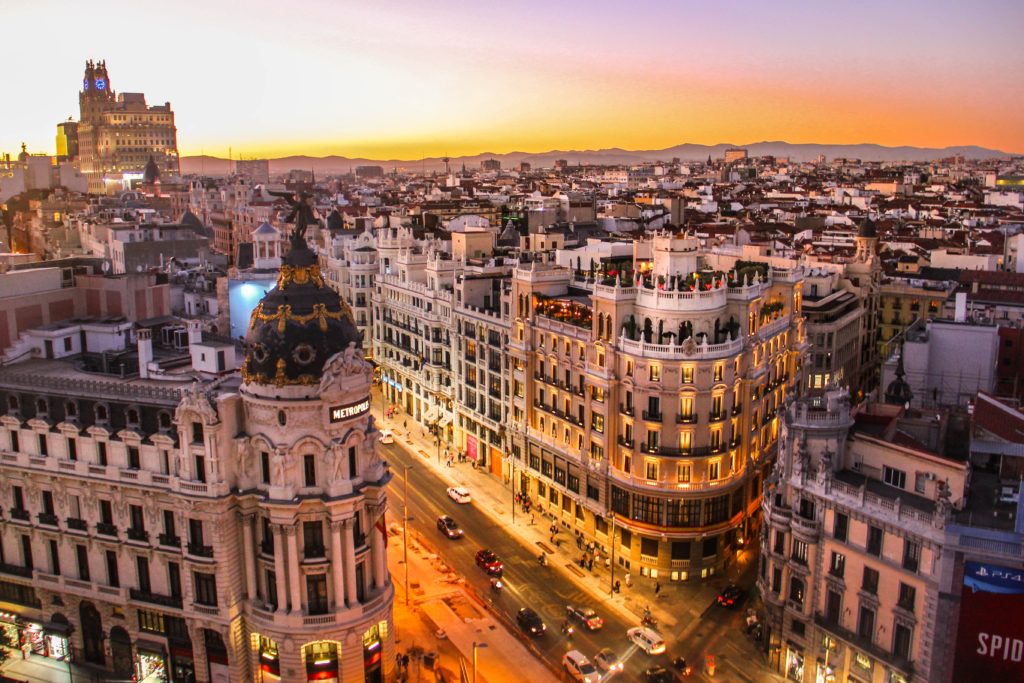 Traveling to Barcelona for your Honeymoon in Spain

We researched flights for a week in September from three major US cities:

Once you arrive at Barcelona Airport-El Prat it’s a quick trip to the center of the city. You can hire a taxi to take you from the airport to the city center within about 30 minutes or less, depending on traffic.

Or, you can take a shared express Aerobus that takes you from the airport to your honeymoon hotel destination area in the city center. (But it’s not door to door.) It operates from 5:35am to at least 12:30am, daily, and makes several stops in the city of Barcelona. A roundtrip ticket is valid for 15 days and is only €10.20. (A one-way ticket is just €5.90.)

You don’t need a car in Barcelona; everything is either very walkable, or easy to access with public buses or metros, or with private taxis. You can even take day trips to nearby cities using their train lines that extended beyond the heart of the city. Or, book a tour and it’s likely they’ll provide transportation to that destination city from Barcelona.

Entry Requirement for your Barcelona Honeymoon

You won’t need a visa to travel to Barcelona for a honeymoon less than 90 days, but you will need a valid passport. US passports need to be active for three months after your return from Spain. It’s advised it’s good for at least 6 months, however, to be on the safe side.

You don’t need any special vaccinations to travel to Spain. 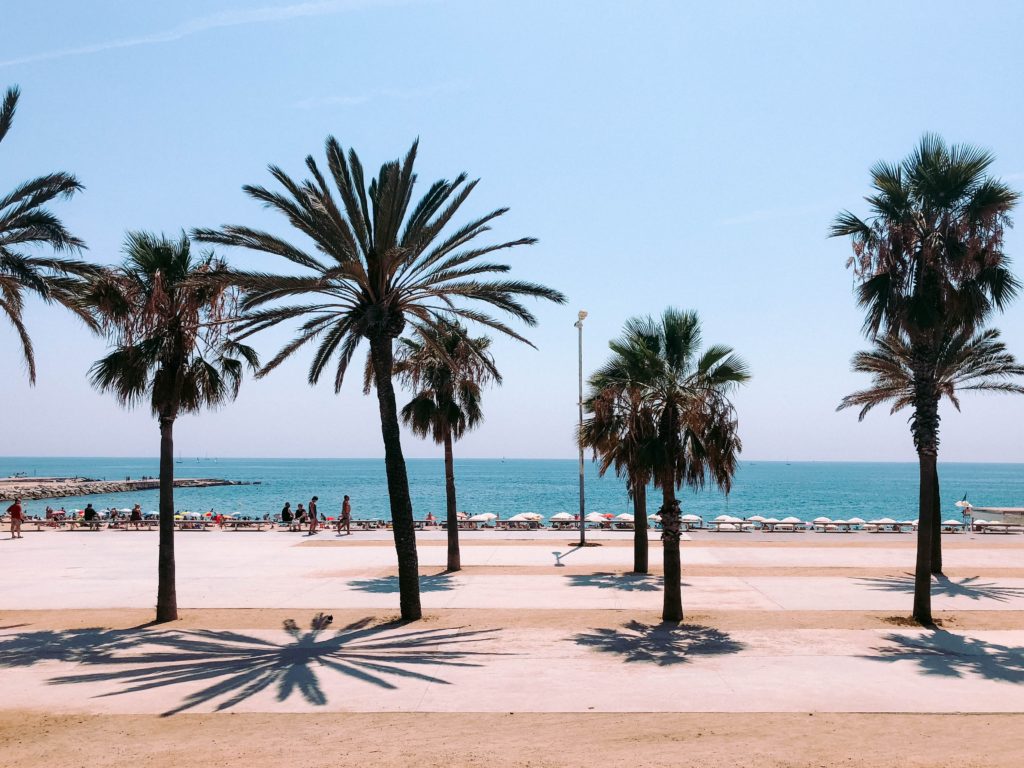 The focus on Barcelona is on city activities, though they’re on the coast so they have small opportunities to enjoy the shoreline. It’s not, however, a great honeymoon destination for dedicated beach lovers. (For an international honeymoon with tropical sun, rest and relaxation we recommend St. Barts or Mexico.)

If you visit during fall and winter you’ll avoid peak season crowds. It may be a little cold, however, and not a time you’ll want to add something like visiting the beach to your itinerary, where it’s nice to have the option to experience dining with views of the Mediterranean (or the Balearic sea, to be more specific). Average temperatures in winter hover around 60 degrees Fahrenheit.

If you can, avoid August. This is a peak travel time for European holidays, when many people flock to the Spanish coast. As a result, it becomes hard to find availability at the hotels of your choice, and things like tickets for museums or tours may sell out.

Ideal times to visit are late spring, like May or June, and early fall, including September and October. Expect temperatures during this time to be between 70 and 80˚.

Not to Miss Thing to Do during Your Honeymoon in Barcelona

Here are things honeymoon couples should include during their vacation if you only have a couple of days in Barcelona:

If you have at least a week, add some of these destinations and additional experiences: 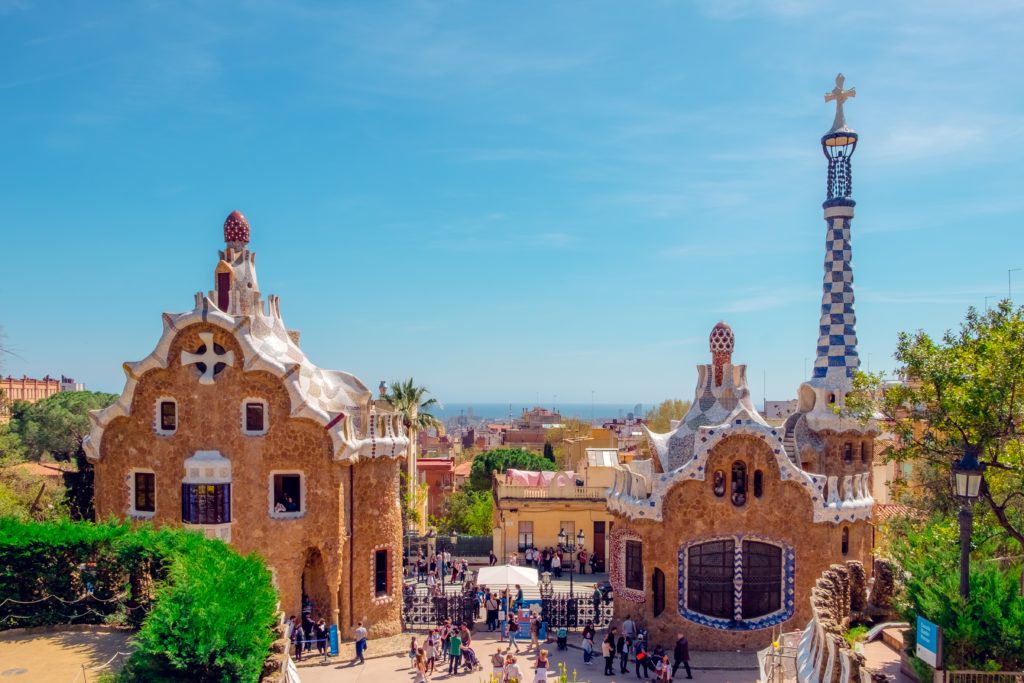 Where to Stay in Barcelona

Honeymooners will have plenty of honeymoon hotels to choose from in Barcelona, including all major hotel brands and Air BnBs. You can choose by location, by price or search by brand if you are part of a hotel’s loyalty program.

Generally speaking, hotels closer to the city center or their popular “Las Ramblas” street may cost more with pricing decreasing as you move away from that area. Sometimes though, you can find a great hotel in the city center that’s very affordable, like Hotel Jazz, which is on our sample Spain honeymoon registry.

Cuisine during your Barcelona Honeymoon

Spain, as a whole, is known for great food and there are many Spanish classics to try. There are also a few additional Barcelona-specific food specialties you should eat during your honeymoon. Also note that people typically eat dinner late in Spain, well past 8:00pm.

For breakfast, try a Barcelona staple that’s also vegetarian friendly: bread with tomato pulp, olive oil and salt on top. For any meal of the day indulge in delectable Spanish ham if you eat meat. Spain is also known for its olives and cheeses. While Valencia is known for Paella, Barcelona is known for Fideua, which swaps rice grains for thin, short noodles.

While many people are familiar with sangria and may crave it while honeymooning in Barcelona, be sure to try Cava at a restaurant with lunch or dinner as well. It’s a delicious sparkling wine, likened to French Champagne or Italian Prosecco. The Spanish are also known for their vermouth.

Register for your Honeymoon in Barcelona

It’s easy to build your own honeymoon package with Honeyfund’s resources. Start with a sample Spain honeymoon registry and alter to your needs, being sure to include flights and restaurants, and maybe even a few tours we recommend.