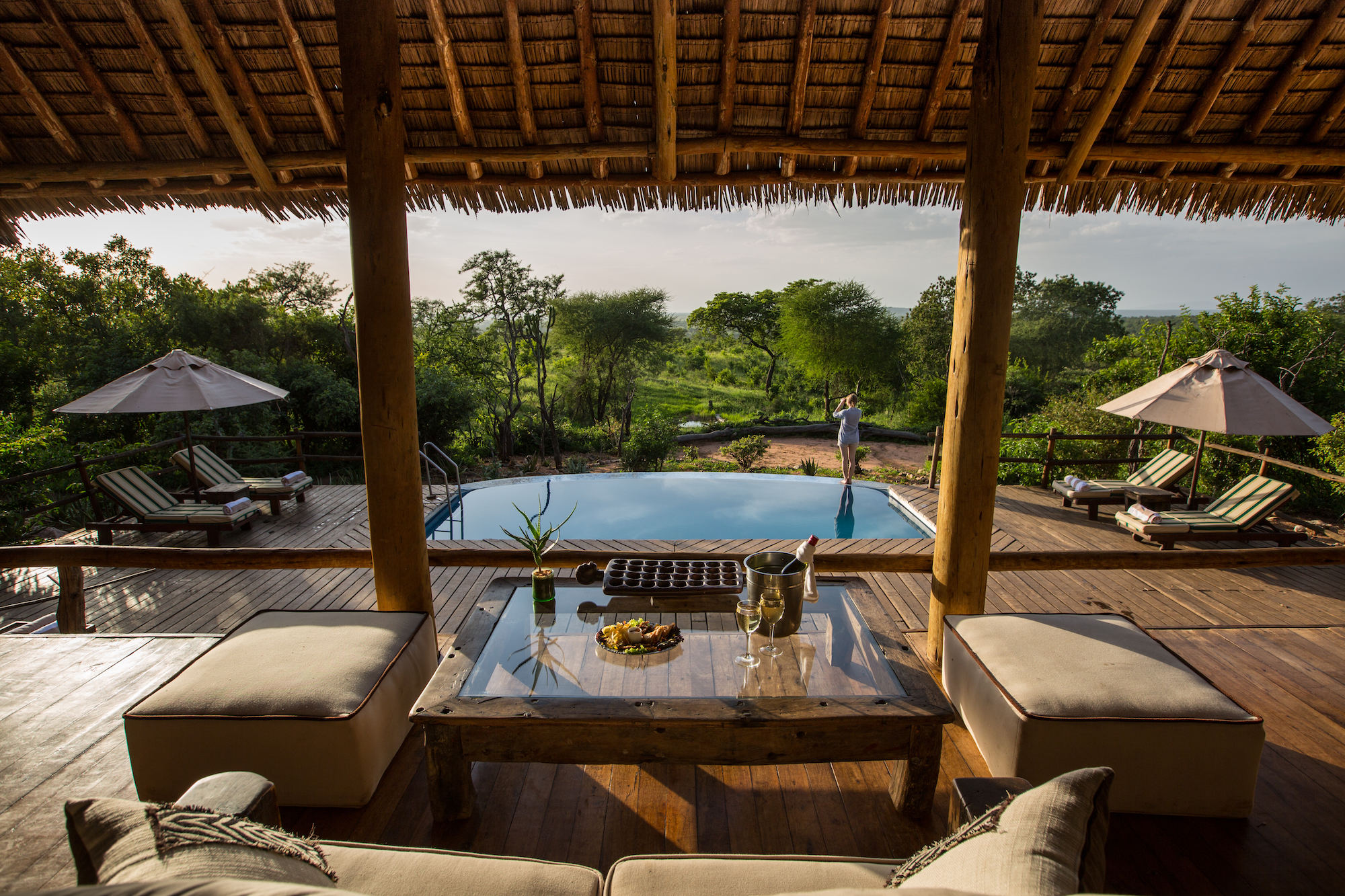 Family and Friends Won’t Believe Your Honeymoon Photos of Tanzania

Family and Friends Won’t Believe Your Honeymoon Photos of Tanzania

A honeymoon is a once-in-a-lifetime trip, and the perfect occasion to splurge, especially with friends and family making your dreams come true through your Honeyfund. So why not go big? If you’re loving the idea of a safari honeymoon or mountain climbing some of the world’s most famous peaks, a hot air balloon ride or sipping a cocktail on the beaches of Zanzibar, an African honeymoon in Tanzania is calling for you.
Tanzania is one of the most renowned safari destinations in the world, and makes for spectacular adventure photos.

Tanzania – or the United Republic of Tanzania – is a large country in east Africa. It’s due south of the Middle East, and includes the islands of Zanzibar, Pemba, and Mafia. Kenya and Uganda border it to the north, Rwanda and Burundi to the west, along with the Democratic Republic of Congo and Zambia. Finally, Malawi and Mozambique form its southern borders.

Many bodies of water surround the country, with the Indian Ocean on its eastern border, and lakes Victoria, Tanganyika, and Malawi bordering the country to the north and west.

Tanzania is very close to the equator. Couples who embark on Tanzania honeymoons can expect warm weather between 80 to 90 degrees Fahrenheit all year.

Yet temperatures do vary based on terrain and altitude. For example, plateau regions like the savannas can be slightly colder than low lying plains. Temperatures can vary drastically on the two most famous mountains in the area, Mount Meru and Kilimanjaro, where you can expect to experience snow during a climb if you embark on a journey up a mountain. The base temperature could be 80 degrees while the mountain’s peak temperature could be -15 degrees Fahrenheit.

The biggest variable is the dry and rainy seasons throughout the year. June through August is the coolest and driest time of year. January and February experience a dry period as well.

There are two rainy seasons to be aware of. The major one is March through May. The other, less intense rainy season, is October through December. December and January tend to be the hottest months on the coast, with temperatures passing 100 degree Fahrenheit.

Pack for the honeymoon experiences you plan on participating in and time of year you’re visiting.
If you rent a car, be aware that they drive on the left side of the road and the terrain is such that you’ll benefit from a 4-wheel drive rental, especially if you’re going to try to go on a honeymoon safari or one of the game drives by yourselves.

However, most people book through tour operators for enhanced experiences for several reasons, including supporting the local economy, they also know the territory best and know how to communicate with the locals.
The capital city is Dodoma in central Tanzania, which was changed its former capital of Dar Es Salaam in 1974.

Tanzania is on Eastern Africa Time (abbreviated EAT). They do not observe Daylight Savings time.
So, for example, if it’s 5:00pm in Tanzania or Zanzibar, it’s 9:00am in New York, or 6:00am in Los Angeles.

Several languages are spoken in Tanzania. Swahili and English are the main two. 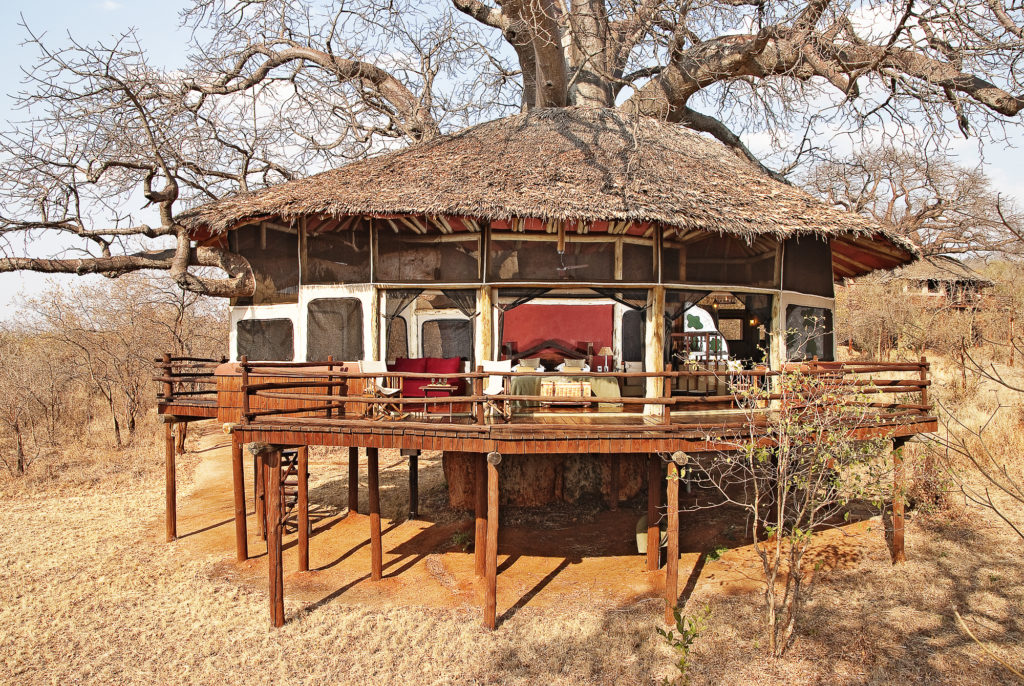 Traveling to Tanzania for your Honeymoon Experience

Embarking on a Tanzania honeymoon requires a little bit of prep work for getting your vaccines in order, visas ahead of time and knowledge of traveling there during a pandemic.

Currently, COVID-19 risk is high and refraining from travel to the country is recommended by the CDC. However flights are currently available from America to Tanzania.

Visa and Passport Requirement to go to Tanzania from the U.S.A.

You’ll be required to get a visa to visit Tanzania for your honeymoon. Though you can obtain one upon entry into the country at several airports for $50 to $100, it’s recommended you obtain one online in advance. It’s one less thing you’ll have to worry about upon arrival, when you’ll inevitably want to hit the ground running for your Tanzania honeymoon.

A valid passport is required as well; it must be valid for 6 months from your time of entry.

Vaccinations Needed to Travel to Tanzania and Zanzibar for your Honeymoon

Vaccines recommended for all travelers are fairly routine. This includes the Chickenpox, flu, Measles-Mumps-Rubella, Polio, and Diphtheria-Tetanus-Pertussis.

You and your partner should consult your doctor about which additional vaccines you’ll need from the ones recommended below by the CDC. Some you may already have, while the necessity of others depend on the region(s) of the country you’ll be traveling to:

Be sure to act well in advance of your trip; some of the vaccines need to be specially ordered or located. Insurance may or may not cover them, so account for this cost in your honeymoon budget.

You may even want to register for your health and safety measures on your Honeyfund honeymoon registry.

Honeymooners who travel to Tanzania will fly into one of their popular airports. There are many airports you can fly directly to from the United States. However, we provide examples for the three most popular below, with corresponding airport codes:

All flights below are examples based on research for a trip in January to the three airport destinations. Account for losing at least one to two days of your Tanzania honeymoon to flying for your travels.

Flights from the Houston area:

The Tanzanian Shilling is used in the country, abbreviated with the symbol of TSh. US Dollars are universally accepted there, however, if you need to exchange money at your resort or hotel, for example.

One dollar is equal to about Tsh 2,320. You may see the Tanzanian Shilling written as “TZS” sometimes as well, which is its currency code.

Same sex visitors to this country should be aware it’s not an accepting or friendly destination for the LGBTQ+ community. Gay rights are discriminated against and it’s illegal to be homosexual there, including engaging in homosexual acts. It’s punishable with prison time.

However if you’re a gay couple who books with a tour company (which is advised) they will know the best practices for gay couples wishing to visit, for example they may suggest booking a hotel room with two double beds instead of one king size bed.

It is advised gay couples refrain from public displays of affection in Tanzania.

If you only relaxed at a hotel in Tanzania you’d be missing out on the natural beauty and unique experiences you can have in this magical place. It’s an African dream filled with once-in-a-lifetime opportunities to see the Earth’s wonders. (That being said there are some pretty spectacular resorts there so don’t forget to leave time to enjoy your lodging as well.) 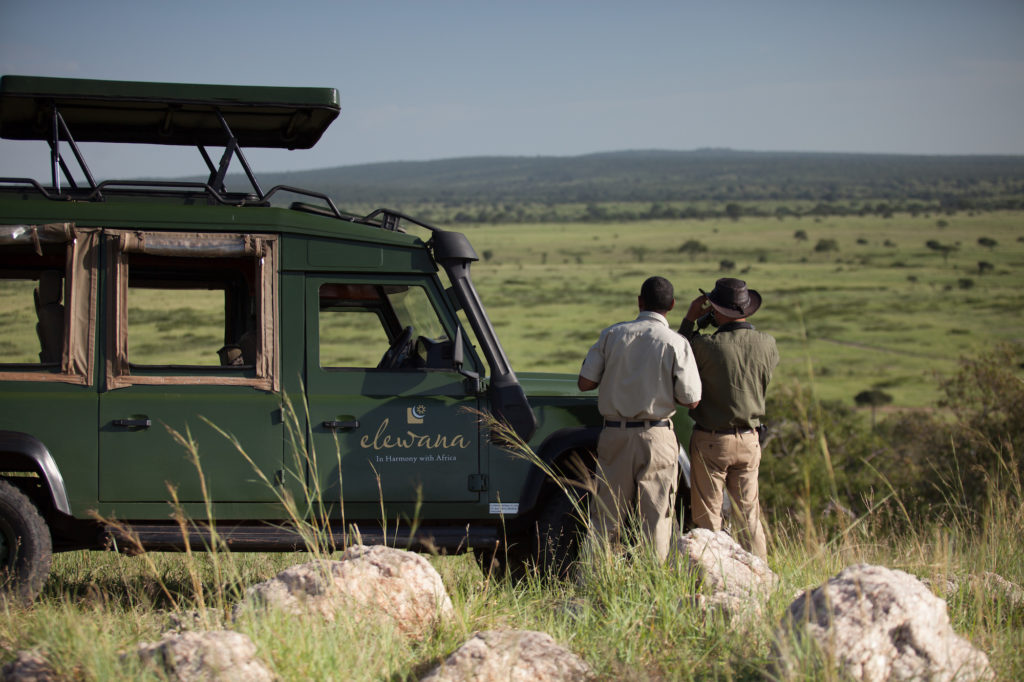 Here are the most popular activities to experience what a Tanzania honeymoon has to offer:

If mountain climbing is on your radar, legendary Mount Kilimanjaro and Mount Meru are in Tanzania.
Many consider Meru the younger brother of Kilimanjaro but both require patience, a few days to climb and acclimatization to the altitude. It’s said that climbing Meru first helps travelers prepare for the altitude of Kilimanjaro.

Couples hike up the mountains with a hired tour guide; climbing without a guide is not an option, as per the Tanzanian government.

The best months to climb Meru and Kilimanjaro are somewhat aligned, with December through March (visibility is best during this time), and June through August being the best. This is during the dry season, when climbing is easier than during wet seasons.

There is a significant cost associated with climbing either mountain, for a few hundred dollars for Mt. Meru, to thousands for Mt. Kilimanjaro. This is based on things like guides and cost for your tour operator, including government VAT taxes, National Park fees, food, water, and tents needed for camping on the mountains.

You don’t want to cut costs to climb them because it means that the tour operators then cut costs on things like quality equipment and provisions. And climbing these mountains is not for the faint of heart.
If you love adventure, mountain climbing in Tanzania is a really significant unforgettable thing to do as honeymooners.

Where to Stay in Mainland Tanzania

Options for where to stay in Tanzania vary, but the true factor for the ideal location is where you want to be for a starting point (mid, or end point) for your activities, safaris, or to spot wildlife.

Here’s some safari camps and lodges, and assorted accommodation options: 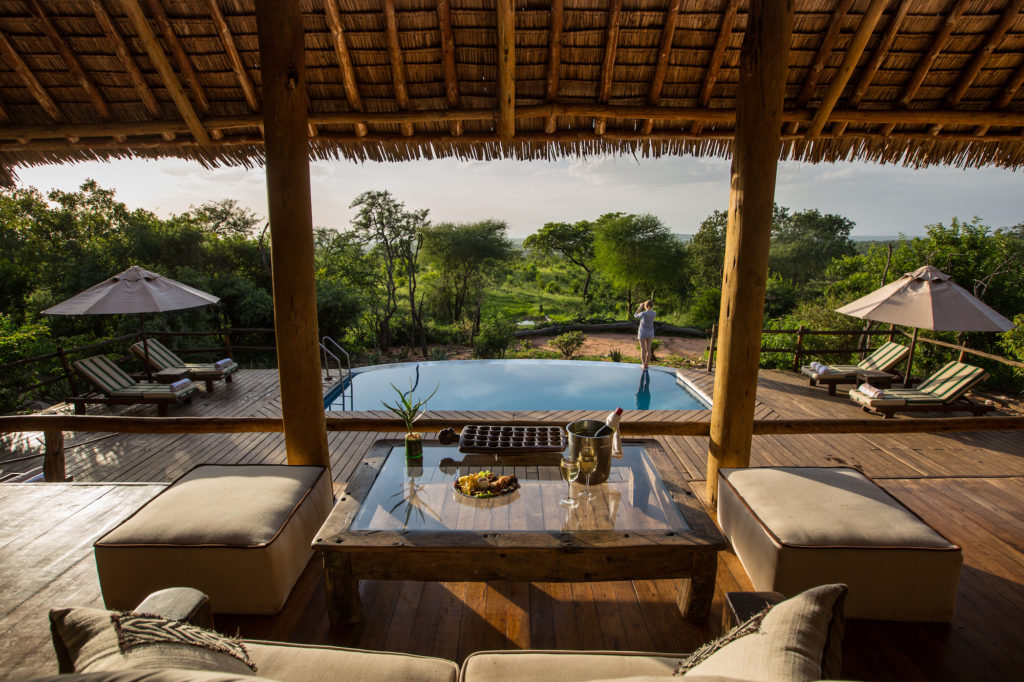 Enjoying Zanzibar as Part of your Tanzania Honeymoon

Make your East African honeymoon one where you visit Tanzania and Zanzibar.

Head to the coast and embark on a beach honeymoon with views of the Indian Ocean. You can either fly to the island from within Tanzania, or take a two to three hour ferry ride from Dar es Salaam to Zanzibar’s Stone Town.
Coastal accommodation options here include: 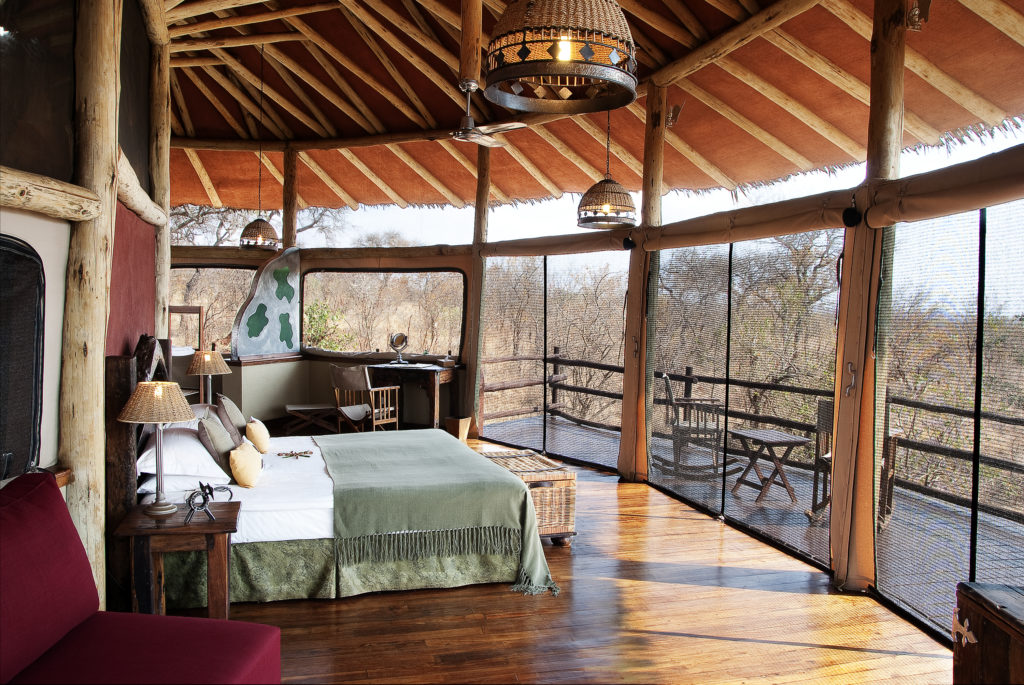 You’ll definitely want to try snorkeling or scuba diving in Zanzibar to experience underwater wildlife, including fish and coral reefs. The warm waters of the Indian Ocean are about 80 degrees Fahrenheit with a visibility for over 100 feet, year round. Alternatively, you may enjoy walking around Stone Town one afternoon during your honeymoon, the historic part of the island.

Don’t Forget to Register for Your Honeymoon Itineraries

Newlyweds love getting gifts that help contribute to their experiences in Africa, like Tony & Meredith who raised over $9,000 for their trip to the continent. The generosity of family and friends, who added value in more than one way, helped the couple travel to this amazing destination.

Start with our Africa sample honeymoon registry. Some items are for Kenya, so simply edit as needed to accommodate your Tanzanian vacation goals.