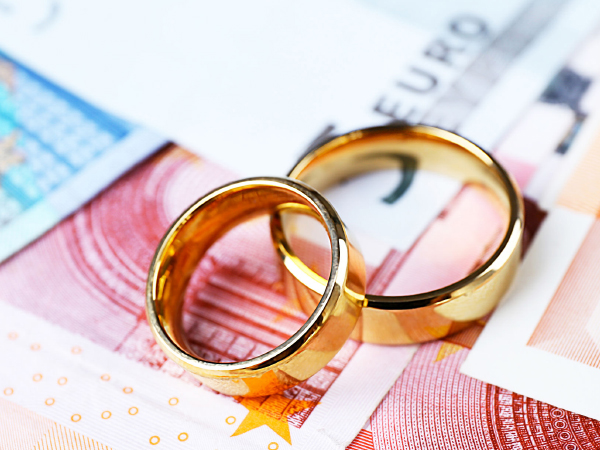 The Average Cost of A Wedding

What’s the average cost of a wedding this year?

It’s the million-dollar question that every other wedding media hack wants to know. As a result, all the prominent wedding magazines, including Brides, Perfect Wedding, You and Your Wedding, and Wedding Ideas conduct surveys in order to find out how much their readers are spending on the Big Day. And for a number of years now, the figures have remained relatively constant. The average cost of a wedding in the UK in 2015, and in all likelihood in 2016, is in the region of £20-22,000 ($27-29,000.)

Is The Average Cost Of A Wedding Accurate?

Now whatever way you look at it, that’s a lot of cash to be blowing on a single day – even if it is going to be one of the most important days in a couple’s lifetime. To put it into context, very few would ever consider spending £20K on a party to celebrate the birth of their first child. However, because it’s a wedding, society dictates that it’s acceptable and appropriate to spend a small fortune on such an event. After all, it’s what everyone does, and no one wants to be different do they?!

However, by digging a little deeper into the figures, one will soon discover that the average wedding spend is not an especially accurate or reliable. This is because an average calculation often spans a wide range of figures. In fact, one could argue that the £22K average wedding spend in the UK is fundamentally flawed due to extremes in the data that render the figure misleading or irrelevant.

Average figures are easy, convenient, and great for the wedding industry as a whole, but they can be rather misleading for brides and grooms and can even encourage couples to significantly and unnecessarily overspend.

This anomaly is backed up by research conducted by Confetti website who surveyed 2200 British brides in 2015/16 and released figures showing that 80% of couples spent less than £15,000.

What Are Typical Wedding Costs?

Instead of focussing on the average spend, it is more helpful for brides and grooms to be aware of the typical fees a specific service or supplier might charge.

For example, you can hire a decent photographer or cinematographer for around £1,000. And a good quality caterer will charge upwards of £30.00 per head for a 3 course silver service meal, whilst a cake will cost from £300.00, a DJ from around £500.00, a florist from £600.00, bridal car £350.00, and hair/makeup £250.00. Obviously, the more established or better known they are, the more they can charge. And newer suppliers will naturally undercut to attract business. However, these ballpark figures are far more accurate and useful for brides-to-be who often have no idea how much a particular wedding service or supplier costs.

Wedding costs do not include the honeymoon, but many smart couples offset the cost of a wedding trip by requesting gifts to the Honeyfund wedding registry.

The table below is an amalgamation of results from surveys taken by You & Your Wedding, Brides and Wedding Day magazines.

NOTE: when assessing these figures it is important to note that the readers of these prominent magazines tend to spend more on their wedding than the readers of magazines such as Wedding Ideas. For convenience of readers in the US, the figures in pounds have been converted to current US dollars.

Bio:Sam Ketterer is the Managing Director of Absolute Perfection Wedding Consultancy established in 2003, as one of only a handful of wedding planners operating in the UK. AP, a small team of leading London wedding designers creating beautiful weddings worldwide, guarantees personable, discreet, and first-class service for a stress-free engagement and a wedding day that is¦Absolute Perfection!